The 37-acre property tour in Overland Park was shot for ReeceNichols. Garcia Films shot a series of videos similar to this property for their campaign in capturing the inside and outside of select multi-million dollar properties.

The video takes you down a tree-lined driveway and up the steps of the Overland Park property. As Garcia Films guides you through each room of the elegantly decorated home, you are in awe of the unique parts of the Overland Park Property. Guiding you back outside, viewers are given a unique aerial view of the property’s large pond and barn during the day and the beautifully lit gazebo and fountain at night.

The Evolution of Video Technology

At the time Garcia Films shot the aerial and walkthrough footage, advanced video capabilities were still evolving and on the rise. This video was also shot before the three-axis stabilized gimbals came out, so team members used the old-fashioned Steadicam. This camera is what was used in the film “Rocky.” Garcia Films used a Steadicam system to film the house interior and combined it with the aerial footage to pull everything all together. The result was a show-stopping video accompanied by classical music to accentuate the elegance of the home. Just as the end of the video suggests — “Not the end, a new beginning” — technology is always evolving and Garcia Films is always staying ahead with its capabilities.

Looking for Advanced Video Footage for Your Property?

The team at Garcia Films is highly experienced and always thinking about how to improve its video and photography capabilities. Contact us today to shoot your next property tour. 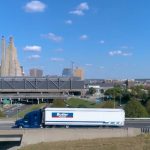